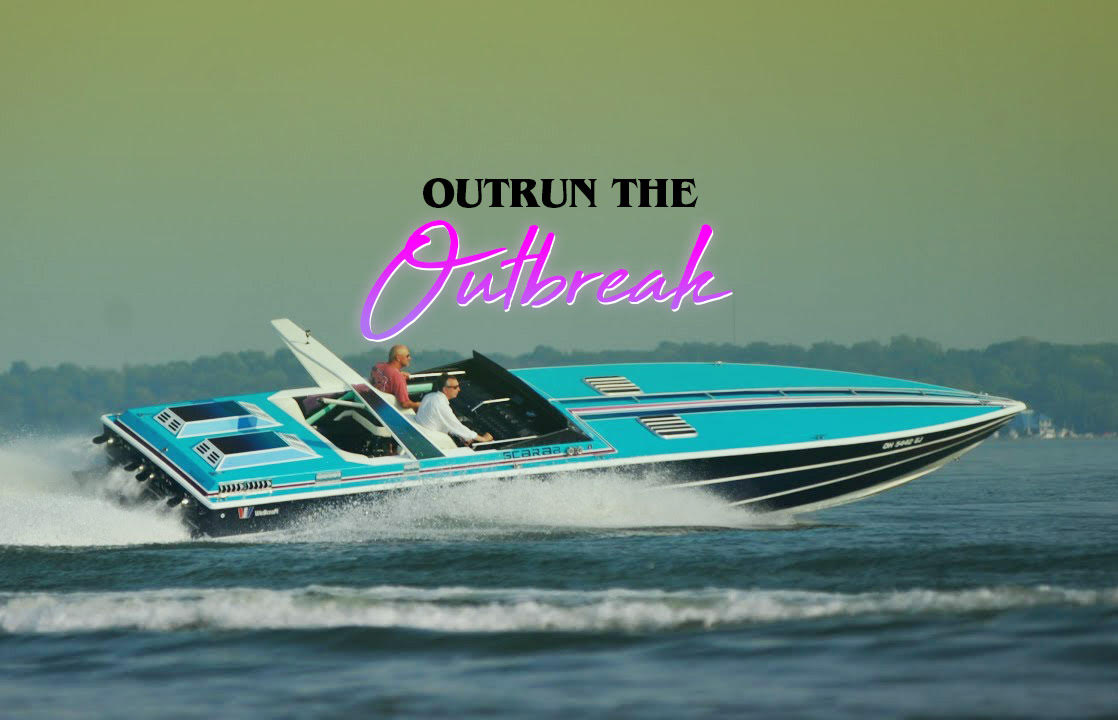 Outrun the Outbreak: A Guide for Cruising at Top Speed through Choppy Waters

Get With the Times.

Now more than ever is a great chance to evolve, grow, and think about risk in a new way. Most of us have been given a blank slate in some way, even if it’s a bunch of free time waiting for the world to spin again. Got a crazy idea? Build a plan while you’ve got the downtime. Been dreaming about a side-gig? Get scheming.

There’s nothing wrong with a realist. And a good dose of skepticism is necessary for avoiding pitfalls. But in a world of uncertainty, the people around you need the upside. We all need your upside… and let’s be truthful: There’s a lot of upside right now, if you’re willing to look for it. People are looking for opportunities, businesses need creative solutions and the world is thirsty for those who are creating awesomeness.

Positivity, yes. That doesn’t mean over-embellishing or painting a picture that isn’t true. Dealing in the truth builds trust with everyone around you. Sometimes it’s painful. Owning up to faults, losing some money or sacrificing an opportunity sucks – in the short term. But being a straight-shooter will gain you far more wins than losses. And when the wins start piling up, so does all the good stuff… and you won’t need to over-hype it.

The best leaders – the ones we want to be around – serve those around them. They follow-thru, build bridges and solve problems not only for themselves, but the people around them. They shoulder the weight and share in the spoils.

In chaotic seasons, people’s true colors show. Flaking on that commitment because it *might* cost you? Pushing something off on those who depend on you? Bailing cause it’s easy?  More often than not, being a leader will cost you. But it doesn’t go unnoticed. My favorite leaders are those who make sacrifices, whether people are watching or not.

Some of the best ideas I’ve had were not mine. The people around us all have extraordinary gifts and talents, and if you’re willing to ask, they may have solutions to the problems you’re facing. Have a client who wants to stop paying you? Feel like you’re stuck in a project? Is your boss overextending you? Join a networking group. Trade work with someone who can help you. Reach out to people in your field for advice. The resources to move you forward are all around you. Ask them.

This is big. I can’t pretend I’m perfect at this – cause I’m not. But this is such an awesome work-in-progress mindset to adopt. People in your network are in need of help right now. Maybe it’s encouragement, a job or help building a path forward. You’re capable of providing at least one of those. This Covid-season… it’s hurting people. Look around for those who need you. Reach out when you feel that voice on your shoulder telling you to. Pull people up.

Outrun the Outbreak. Together.

During this moment of uncertainty, bring others alongside you to conquer the days ahead. Partner with honest, positive people. Avoid seeing yourself or others as a life raft to hang onto. Build a speedboat, and outrun the outbreak together.

Jeff is a Brand Director and entrepreneur, specializing in start-up and mid-sized business strategy and branding. He and his wife Ashley have two kids.

"Honesty is the Revolution."